This is the final installment of the ongoing saga of my first package since starting this blog.  Again thank to Pat at Hot Corner Cards for the cards (I know it pains you to send me some of those "pesky Royals" as you put it in your email).  I still have to gather some Tigers cards to establish a trading partner.

Anyways, let's begin with the third pack included in this box.

Another A&G card, this one of Alex Gordon.  I actually like this card.  It reminds me a bit of the old Diamond Kings, but a less cartoony.  This is a nice addition to my collection.

Next is a Shane Costa SPX card.  I forgot all about him, and nothing sticks out about his career as a Royal, but this is a nice looking card.

The third card is Mike Sweeney.  Mike is one of the nicest Royals to even wear the uniform.  He had a solid career, but much like KC should do with Butler now, the team knew when to let him go. He played a few more years on the west coast, and now is back in KC as an ambassador for the Royals I think.  As for the card.  I like the design, but not too fond of the grey border.

Next is a trio of 2013 Topps variations.  The gold border cards always look good, and this Guthrie card is no exception.  I like the photo they used for this card.  I actually like it a bit more than I like Guts himself (I'm sure he's a nice guy, but he isn't exactly a grade A pitcher).

I have the base card of the Paulino, but I want to complete the Blue Borders of all the Royals.  Since it matches the team colors, it really pops.  Another good shot, though not as good as the Guthrie.

The Jake Odorizzi card is one I know I don't have.  I never make it to Target a whole lot, so I always welcome seeing them (same with the Toys R Us purple).  I like Jake and he is having a good year in Tampa, but I'm not too upset with the trade to sent him there.  Even if we lose Shields, I still say it was an even trade.

WOW!  Another card I have been looking into getting when I found it cheap enough, I was ecstatic to see this George Brett diecut.  While I'm not a fan of the diecut set in general, I was seeking this one out to add to my George Brett collection.  Now if I can get some of his older cards.

Here is a Turkey Red card.  Unlike the one I posted earlier, this one is an actual TR card.  You can tell by the feel and no gloss.  I like the portrait look of the sets, but I never went out of my way to get Turkey Red cards.  They seemed a bit too pricey, but I have a few of them now thanks to the random packs I get at Walmart.

This next card is a nice black border Gypsy Queen mini variation of Mike Moustakas.  #'d 85/199, maybe that's a sign the Royals are destined to win the World Series (their only WS win was in 1985 for those unaware).  Maybe I'm reading too much into it also.  This is a sweet card to add to my collection.

The Bowman Platinum cards don't scan too well, Though they do make the players stand out. This Billy Butler card is nice since the fact that Hosmer is their everyday first baseman, Butler doesn't play the field too often.  He has this year due to an injury to Hosmer, and its nice to see he still knows how to field.

I don't like the Triple Play cards that have been put out in recent years.  I bought a few packs at a Dollar Tree and never found a Royals card.  That's not why I'm not a fan, I'm just not a fan of unlicensed cards.  Plus when I think of Triple Play, I think of the early 90's sets.  If they looked like those, I would be more inclined to buy more.  The subsets of these new cards are also a bit crazy.  This one in particular reminds me of a TNA Wrestling Card I scanned recently on Trading Card Database: 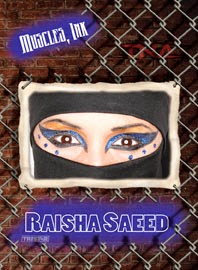 I could put them side by side, but I'm not.  That could cause nightmares.

The next card is a 2014 Topps Archive card of Alex Gordon.  I really love this card.  I think I've said it 50 times already my love affair with the Archive set, but even the designs they choose stand out.  I was surprised I didn't have this card.

I don't think I ever seen this 1991 Topps card.  I am familiar with the regular set, but not the commemorative set this one is from.  I have put a bit more of an emphasis on collecting Appier cards recently, so this is a nice addition.  Among all the Royals pitchers of the 90's, APE was my favorite.

Next is a Johnmy Giavotella card.  Since he's not on the Royals MLB team, I forgot about him. He is a good player to have as a utility player, but I don't think he could be an everyday player.  However, if it was between him and Chris Getz, I would pick Johnny 9 times out of 10.  This card is ok, but has too much of a white border.

This Bowman Chrome card of Tim Collins is nice even though it doesn't scan too well.  Due to the solid pitching the Royals has (with exception to Downs and Bueno), Collins has spent the year in AAA. I expect him to be a September call up though.

ANOTHER DOZIER CARD!  YES!  I'm still looking to get all his cards while they are cheap,  and I needed this one.  I'm not sure if he hit a home run or not in this photo, but it looks like he went all out for that at bat.

To close out the pack, I think I squealed.  I'm almost positive I did. TWO JOHNNY DAMON CARDS!  BOTH AS A ROYALS PLAYER!  BOTH ONES I NEEDED!  YES!  I have over 100 different Damon cards, and I am adding more each time I can.  I was getting around to getting these, but now I don't have to.  I even got doubles of the second Damon card, both with the peel off still intact. I really can't describe my happiness.

I was a Johnny Damon fan since day one.  I remained a fan when he went to Oakland.  Became a bigger fan when he went to Boston (I am also a Red Sox fan), became elated when he won a World Series ring.  I groaned when he signed with the Yankess, but still supported him (much like I do with Carlos Beltran).  Then after he went to Detroit, Cleveland, and Tampa, I was hoping he would reach 3,000 hits (though not when he played KC).  I wished KC would have been able to get him back so he could reach 3,000, and then retire as a Royal.  He may not be a Hall of Famer, but he will always be one of my favorites.

That wraps up this package, and I think I got more than my five dollars worth.  In total I got about 100 cards, and the majority were ones I needed.  I cannot say enough about how excited I was when opening these, but as you could tell from the last three posts, I think I've said enough.